Regiments of all armies were unlikely to have had one issue type musket only, so it is entirely possible within regiments and even companies, that some individuals retained their rests for old times sake or were still equipped with older style long heavy matchlocks. Again, it is conceivable that trained band units might keep their old ways and retain use of the rest. This is a great modelling opportunity for the wargamer to either equip a whole regiment of shot with rests, or to sprinkle them through units adding very much to the flavour of 17th century warfare.

They can be glued under the barrels of firing models, placed in their left hands or indeed, placed stuck in the ground beside the musketeer as he reloads. They are also good for adding to carts, camps, etc as added clutter. 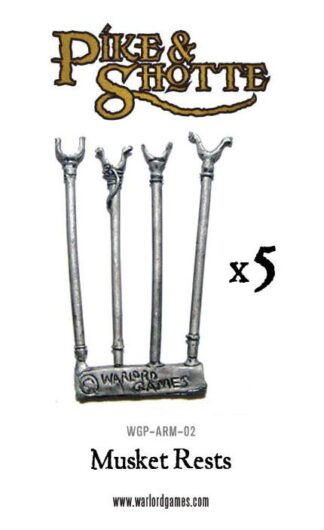