These fluorescent yellow silhouette markers are used both to establish Line of Sight, but also as movement widgets, to indicate a destination point before reactions are declared. They also look pretty darn cool!

For those of you who don’t like cutting up your rulebook, this blast template set, in fluorescent orange acrylic, are absolute essentials! 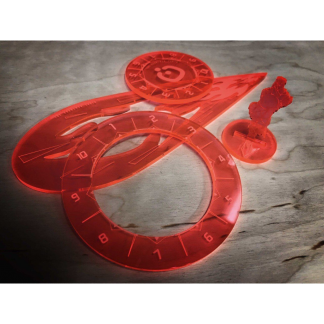