Formed by the first Emperor, Augustus in the hope that he would be protected from the fate of his illustrious forebear, Julius Caesar, the Praetorian Guard were the Emperor’s Elite bodyguard and also policed the city of Rome.

Originally the cavalry detachment (the equites singulartes Augusti) would escort the Emperor on state functions and military campaigns but in later years would grow to consist of over 2,000 men!

This command pack provides you with a mounted Praetorian Officer, a Signifer and a Cornificer. 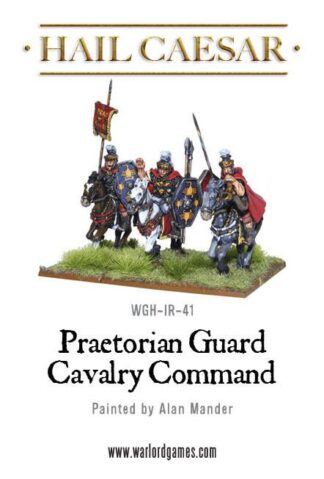