The Eighteenth, Nineteenth and Twentieth dynasties comprise the age of the Egyptian New Kingdom (1550-1077BC). During these years a succession of warrior pharaohs led Egyptian forces in wars of conquest, southwards to Nubia and northwards to Canaan, Amurru and Syria. At the forefront of the pharaohsâ armies were the most powerful weapons of the new age â chariots!

Egyptian chariots were lightly built, and were crewed by a driver and a fighter armed with a bow and a number of short spears, which could be thrown or used to stab at the enemy. Chariots were expensive to make, and were often elaborately decorated or gilded. After a battle, captured chariots were listed amongst the spoils of war.

During the New Kingdom Syria became a battleground for the empires of the age. Thuthmosis III (ruled 1479-1425 BC) campaigned against the cities of Canaan and Syria, and his many conquests have earned him the title of Napoleon of Ancient Egypt. At the Battle of Megiddo he fought against a coalition of Canaanites led by the King of Kadesh, winning the greatest victory of his reign. Afterwards the Hittites, Babylonians and Assyrians all acknowledged the pharaohs might with tributary gifts â only the Mitanni failed to do so â and Thuthmosis took his revenge by leading a campaign across the Euphrates and wreaking devastation upon the Mitannian Kings cities! 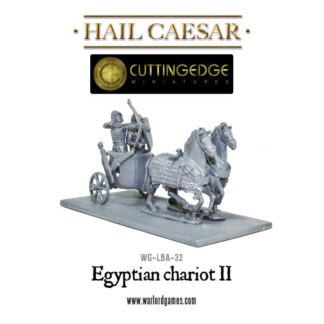