Famous By My Sword

The Army of Montrose and the Millitary Revolution by Charles Singleton

A brilliant young poet, leading a gallant band whose epic adventure ends in defeat, betrayal and execution. Montrose was a doomed King’s general who dared to win – and lost it all. The Scottish Royalist armed forces, along with its principal leader, the Marquis of Montrose, have had a romantic veneer that has long obscured their true composition and function. In this work, the author examines the troops and their operational doctrines within the themes of the early modern Military Revolution, and places the Scots Royalists within a greater European context of development. The book is enlivened by specially-commissioned colour uniform plates based on the latest research, showing how Montrose’s troops really appeared on the battlefield. 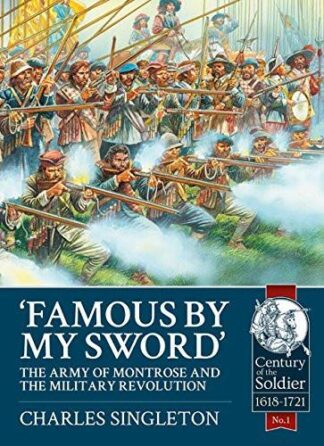