Partisans had little in the way of anti-tank weaponry. Fortunately, most of the heavier armour of the occupying forces was at the front line, and thus it was mostly outdated and lightly armed vehicles were used for security duty in occupied territory. Some partisan groups were able to get hold of anti-tank rifles such as the British Boys or local ex-army weapons PIAT anti-tank launchers were amongst some of the heavier gear that could be airdropped or smuggled through enemy lines to partisan forces. 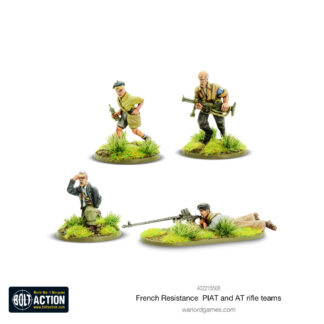