German Panzer I Ausf. B

Fighting alongside the smaller Panzer I Ausf. A , the Ausf B initially formed a key element in the German-led Condor Legion during the civil war in Spain, facing the Soviet-supplied T-26 light tanks of the Republican cause.

Having tested it’s mettle in the Spanish Civil war, the Ausf B would take to the field of battle in the Second World War’s formative years, making up a large portion of the German panzer element. Despite its relatively thin armour and light armament, the Ausf B saw extensive action in the invasions of Poland and France, the desert war in North Africa and the invasion of the Soviet Union, Operation Barbarossa. 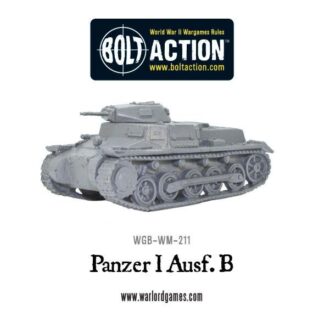