Also known as Schwerer Panzerspähwagen (Heavy armored reconnaissance vehicle), this 6 wheeled armoured car was used from the very early stages of the war for reconnaissance and screening missions.

It was used in most theatres, particularly during the early stages of the war where they saw action in the Fall of France, the Blitzkrieg attack on Poland and during the invasion of Soviet Russia. It was armed with a 20mm KwK 30 L55 autocannon. 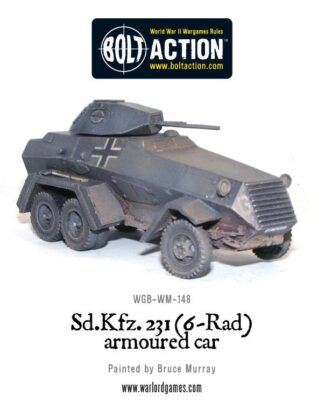