The carrier version was adapted to various roles, throughout the conflict and was used in most theatres. The German designation for the carrier SdKfz 251 was short for special ordinance vehicle, and the Sd.Kfz.251/23 was a turreted recce (Reconnaissance) version that was meant to replace the Sd.Kfz.250/9.

The turret was fitted with the short barrel 2cm KwK.38 cannon, to give excellent fire power when needed. 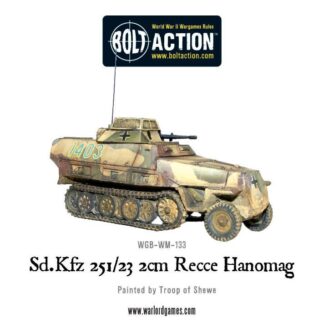