The P107 Half-track was developed by Citroen in 1934 and then produced by the truck manufacturer Unic after Citroen’s bankruptcy. In 1940 more than 2,000 examples were in service with the French military.

During World War II the Germans found their own half-tracks in short supply and so Major Alfred Becker of the 21. Panzerdivision suggested converting captured French vehicles and so ordered the conversion of several hundred Unic Half-tracks. 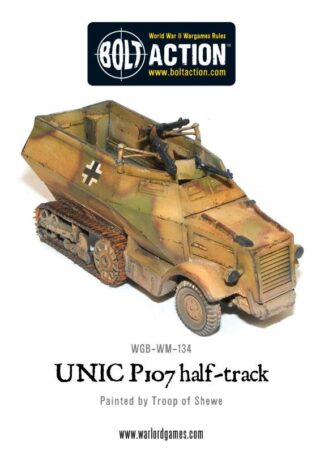