Over 21,000 Morris 15cwt general purpose trucks were produced between 1934 and 1941. A large number saw service with the KMT and Warlords in China and later they were put into use by the victorious Communist Army.

Morris trucks are a soft skinned vehicle with a transport capacity of eight men in Bolt Action. It can also be utilised as a tow. The model can be assembled with or without the canvas soft top. 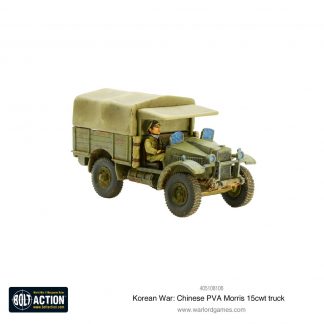