THE STORY
Many are the sagas of Leman Russ, Lord of Winter and War, most fearsome of the Emperor’s primarch sons. At the height of the Great Crusade, his Space Wolves fight to bring the rebel world of Dulan to compliance. Enraged by the defiance of the tyrant Durath, Russ has pledged to strike him down personally – but his brother Lion El’Jonson of the Dark Angels advises more caution. With the might of two Legions arrayed against Durath, tensions nevertheless run high, and the rivalry between the Wolf and the Lion threatens to engulf them all.

READ IT BECAUSE
It’s one of the definitive events from Warhammer 40,000 lore, the origins of the ten-millennium-long enmity between the Space Wolves and the Dark Angels. It’s a tale that fans have been waiting to read for decades… and now you can. 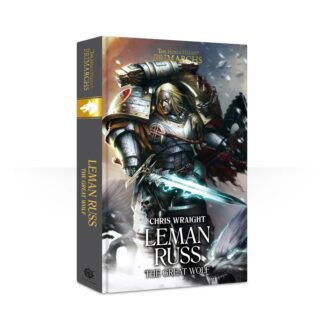