There’s nothing more stirring than the sight of hundreds of men, horses, and cannon marching into battle! With this set, you too can collect the brave Polish men of Poniatowski’s 5th Corps, as they march with Napoleon into the heart of Russia… 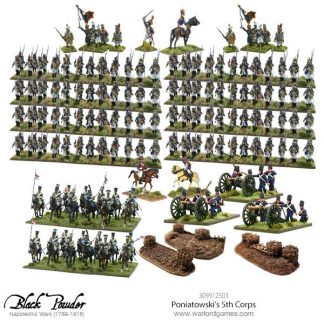