Paperback Book 7 In The Series.

Colonel blood moon was one of the most feared mutant figures operating during the war. Driven by his hatred for norms and desire to destroy their leader Nelson Kreelman, Moon would sacrifice anything and anyone for victory. That ruthlessness led to an event which would earn him the ire of a young Johnny Alpha, and leave the legendary Strontium Dog with a thirst for revenge! Written by John Wagner (Button Man, A History Of Violence) and with art by Carlos Ezquerra (Judge Dredd) this is an unmissable action-packed epic! 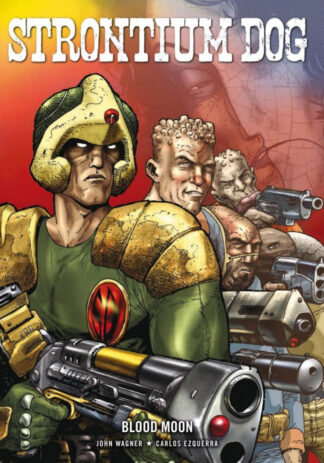