In addition to the rules, replete with full page illustrations, diagrams and charts, this rulebook contains everything you need to know about the land of Ulaya, the setting for The Drowned Earth miniatures game. A detailed map, character biographies, descriptions of locations, governments, geographical information and all the major races.

This beautiful book isn’t just a manual aid for how to play the game, but your guide to The Drowned Earth universe! 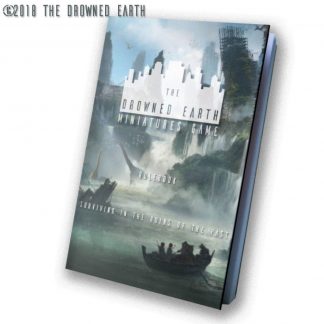