The world of the samurai, the legendary elite warrior cult of old Japan, has for too long been associated solely with military history and has largely remained a mystery.

In this exciting new book, Stephen Turnbull, the world’s leading authority on the samurai, goes beyond the battlefield to paint a picture of the samurai as they really were.

The world of the samurai warrior is revealed to be one of great richness, with familiar topics such as the cult of suicide, ritualised revenge and the lore of the samurai sword being seen in the context of an all-encompassing warrior culture that was expressed through art and poetry as much as through violence.

Stephen Turnbull is one of the world’s leading English-language authorities on samurai culture. He took his first degree at Cambridge and has two MAs (in Theology and Military History) from Leeds University.

In 1996 he received a PhD from Leeds for his thesis on Japan’s Kakure Kirishitan. In its published form, the work won the Japan Festival Literary Award in 1998. Having lectured in East Asian Studies and Theology he is now retired and is an Honorary Lecturer at Leeds, a Research Associate at SOAS and Visiting Professor of Japanese Studies at Akita International University.

He has published 73 books and many journal articles. His expertise was also put to use in helping design the award-winning computer strategy game Shogun Total War, and in 2010 he acted as Historical Adviser to Universal Pictures for the movie 47 Ronin. He is currently working on a major project tracing the historical evolution of the ninja as a cultural phenomenon. 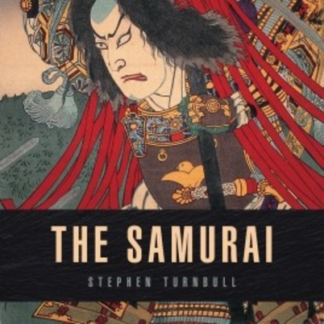