The Sacred Band predominance began when led by the general Pelopidas, alongside Epaminondas who commanded the army of Thebes, in a crucial role where they were responsible for the defeat of the Spartans at the decisive Battle of Leuctra in 371 BC.

It was annihilated by Philip II, with his son Alexander, of Macedon in the Battle of Chaeronea in 338 BC. The decisive contest in which Philip II of Macedon extinguished Theban hegemony.

As the Theban army and its allies broke and fled, the Sacred Band, although surrounded and overwhelmed, refused to surrender. They held their ground, all 300 fell where they stood beside their last commander, Theagenes. 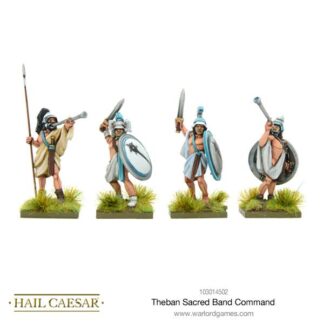