The heavy cruiser, Suzuya, is believed to be one of the deepest shipwrecks on record at (a yet) unconfirmed 27,600 feet. She met her fate at the Battle of Leyte Gulf when she was beset upon by carrier-based aircraft – a torpedo exploding in her own tubes set off a chain reaction of fired and damage that forced the ship’s abandonment.

Prior to her sinking, she was involved in covering the landings at Malaya, the invasion of Sarawak, raids in the Indian Ocean, The Midway invasion force, the Solomon Islands, and the Battle of the Philippine Sea. 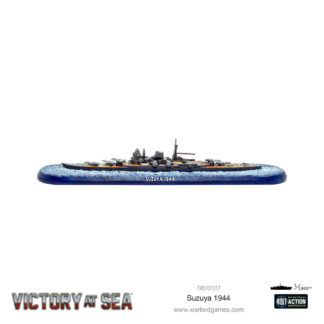