IMTel urges you not to be alarmed.

Presence of Constructor and Warrior indicative of nearby hive. All panhuman and machine intelligences advised to be wary of architector command elements, long-range STAA targeting enhancement probes and massed warrior/constructor forces.

Virai Dronescourge highly hostile to biologics and both immune and destructive to nanosphere. 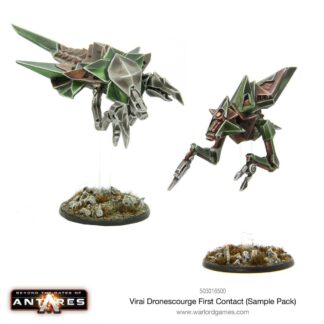