For long years, the Horus Heresy has ground on. Now, the Death Guard have been sent to begin the final battle. But Mortarion and his sons must face their gravest challenge first – for Nurgle has claimed them as his own, and he will not be denied…

READ IT BECAUSE
After 54 books, the bestselling series is finally drawing to a close with a long-awaited story – the fall of the Death Guard into Nurgle’s embrace as they make their way to start the Siege of Terra.

DESCRIPTION
The skies darken over Terra as the final battle for the Throne looms ever closer… As the Traitor primarchs muster to the Warmaster’s banner, it is Mortarion who is sent ahead as the vanguard of the Traitor forces. But as he and his warriors make way, they become lost in the warp and stricken by a terrible plague. Once thought of as unbreakable, the legendary Death Guard are brought to their knees. To save his Legion, Mortarion must strike a most terrible bargain that will damn his sons for eternity. Meanwhile, in the cloisters of Holy Terra, a plot is afoot to create sedition and carnage in advance of the Horus’s armies. Taking matters into his own hands, Malcador the Sigillite seeks to put a stop to any insurrection but discovers a plot that he will need all of his cunning and battle-craft to overcome. 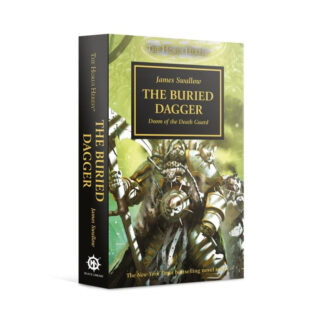