The Great Spirit manifests itself in many different ways. Spirit Walkers have the ability to alter their physical form into that of a hybrid between man and animal. Some in the Warrior Nation are blessed with the ability to move and control the flow of their life energy like Shaman such as Chief Raven Spirit. Others receive abilities that are more subtle yet no less impressive. In this way, Mahpia Napa discovered she had been gifted an affinity with animals and could understand and relate to them more easily than she could other humans. The ability was greatly increased when dealing with animals who had been touched by the Great Spirit.

When Mahpia Napa came of age, the Great Spirit sent her a hawk of tremendous size, with a wingspan greater than the length of two horses. She named the great bird Oniya and the pair were inseparable from that day forward as he bore her aloft into the clouds that inspired her name. So named Cloud Runner by the elders in her tribe, Mahpia Napa became the eyes of her people, scouting the land for signs of invaders and interlopers from the air and directing their warriors to where they would be most needed. Over time Cloud Runner began to relate to her people more easily and became a respected lesser chieftain, often found leading warbands beyond the Arizona Territory as far as Arkansas and Minnesota. 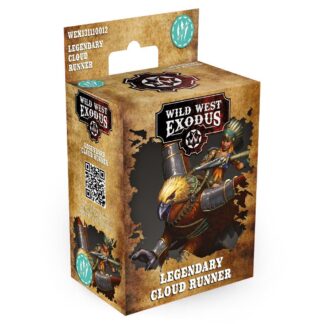